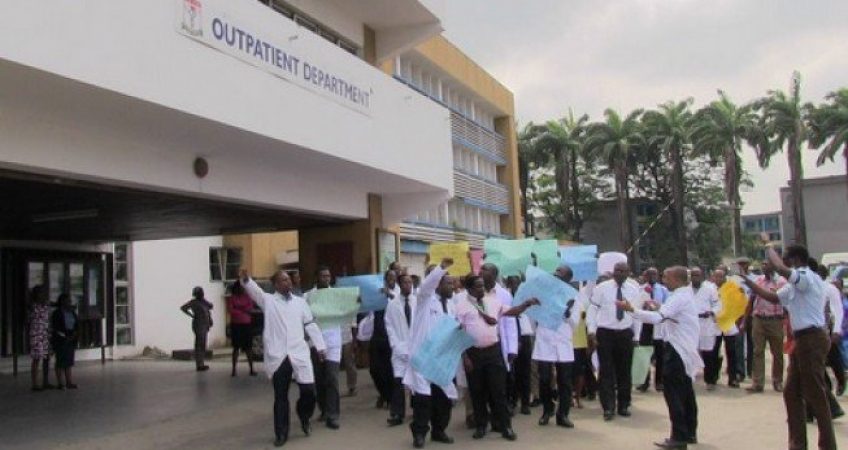 Posted by nannm In News Updates

According to Vanguard Newspaper, JOHESU, through its chairman, Biobelemoye Josiah, issued the strike notice in a letter addressed to the minister of labour and employment, Chris Nigige.

“In view of the apparent indifference of government to permanently resolve these lingering issues, some of which have persisted for over five years now, the Joint Health Sector Unions by this letter notifies the Federal Government of her resolve to resume the suspended industrial action by Thursday, 31st January, 2019. Having waited for this long it is surprising that the following matters have not been resolved,” Mr Josiah noted.

He said issues at stake are upward adjustment of the Consolidated Health Salary Structure (CONHESS); unjustified withholding of the salaries of JOHESU members for the months of April and May, 2018 and headship of hospital departments. Others are non-promotion of members on CONHESS 14 – 15 as Directors in some Federal Health Institutions, and implementation of Consultancy Cadre to JOHESU members.

The chairman did not respond when called by PREMIUM TIMES on Thursday morning for clarification but the national vice chairman of JOHESU, Ogbonna Chimela, confirmed the planned strike.

“Yes, we will embark on strike two weeks from now. All our agreements with the government are yet to be met,” Mr Chimela told PREMIUM TIMES on phone.

JOHESU is a body of all health workers, except doctors. Since 2014, they have been asking government to increase their pay and improve their members working conditions, among other demands. This has resulted to pockets of strike actions, over the period.

The strike which lasted six weeks, caused many deaths and left millions without care. Patients passed through untold pain and their relatives grumbled as both federal, state and local government health institutions were brought to their knees.